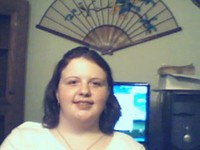 My name is Carol Cassada and I'm a newcomer to the writing industry. I've only been writing professionally for about 3 years, but I've learned a lot in that short amount of time.

My first book is called Going Home Again and it was released in February 2010 by Romance Divine. In 2011, I decided to go the self-publishing route with the Westmore series, which is what I call a romance novel with soap opera appeal. I'm currently working on volume 3 of the series which I hope to release in spring 2012.

If  you have a question or comment hit me up at 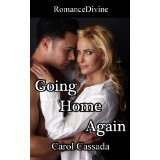 _Rachel Mitchell thought she had it all, a career as a fashion photographer, an apartment in New York City and a lawyer boyfriend. When her mother dies, Rachel goes home to be with her younger sisters and grandmother. The solemn event brings her back into contact with old boyfriend Cole. On her return to the big city, Rachel begins to question her life, and what can really make her happy. Will she find that true love and happiness can only be found when one is Going Home Again?

Jeremy twirled Rachel around the dance floor to the sound of Celine Dion on the radio, everything was fabulous; they were back on track and happier than ever, it was the perfect evening. She wore a red halter dress and he was elegantly handsome in a black suit. He knew how to sweep her off her feet, creating new romantic gestures to spice up their relationship.
He took her by the hand and led her to a table in a candlelit room; I don't see how it could get more special than this.
"Rach, there's something I've wanted to ask you for a very long time."
"What is it?" Rachel sipped her champagne.
"You know I love you, heck, I'm crazy about you," he reached into his jacket pocket and pulled out a box, he opened it to reveal a stunning diamond ring. "Rachel Marie Mitchell, will you marry me?"
Rachel's eyes teared, "Oh, my God," she wiped tears from her eyes, "Yes, of course. I'll marry you."
"You just made me the happiest man in the world," he slid the ring on her finger.
Rachel leaned in and kissed him, "I love you," she pulled away with her eyes still closed.
"And I love you, Rach."
She was disturbed to hear that voice, it wasn't Jeremy's voice, but it was familiar. When she opened her eyes she saw Cole sitting in Jeremy's place.
"Cole, what are you doing here?"

_Set in a fictional New England town, follow the lives of three families; The Greens, the Braxtons, and the Reynolds.

* Widowed matriarch Charlotte never thought she could find love again after the death of her husband Michael, until handsome Detective Bryant comes to her rescue.
* Youngest son Peter returns home from college with his new girlfriend, who's ten years older than him, and is a problem for Mama Charlotte.
* Scott and Alicia are singing siblings who are on their way to the top, until tragedy strikes one night.

* Andrew Braxton is a ruthless and powerful businessman who runs his household the same way he runs his company, with an iron fist. Upon learning his son Wayne plans on abandoning the family company, he'll do everything in his heart to stop him from leaving.

* After the divorce Laura Reynolds and her daughter Megan move back home with her father, where she plans to start life anew, but little does she know that it's not easy to escape your past.

Join them and other characters as they experience love, heartache, and ups and downs in their everyday lives.

Charlotte Green sat in the living room of her spacious Cape Cod styled home, holding a long-stemmed red rose in her hand, she glanced at the calendar, a big red circle marked the date, January 14, her anniversary. She dreaded the moment every year, but she forced herself to go through the process. She looked at a framed picture on an end table, than stared down at her diamond ring and wedding band she still wore. Today would've marked her 30th wedding anniversary.
She wasn't looking for love, when she walked across the college campus that autumn day. Late for her drama class, she took a detour across the lawn, as she ran to the theater her eyes shifted to an oak tree, where a guy sat underneath playing his guitar. At the time, she didn't think much about him, but as the days turned into weeks, she found herself walking the same path, so she could catch a glimpse of the handsome student. There was something about him that awakened feelings inside of her, whether it was his long brown hair or the way he played his guitar, she couldn’t shake her feelings for him.
Not having the nerve to go up to him, she continued her usual routine of sneaking a peek as she hurried by. One day, as she left class, she turned to stare at him, and at that same moment, he glanced up from his guitar flashing a smile her way. Perpetuated by him, she fell to the ground and dropped her books. The handsome man she spent weeks looking at came over and offered her a hand. After helping her to her feet, picking up the books, and brushing dirt of her jacket, he introduced himself as Michael Green, a teaching major and avid music lover.
With nothing to do for the rest of the afternoon, Charlotte took up his invitation of  having lunch at a nearby diner. Over coffee and pie, they got to know each other and found they shared common interests, both were Carolina natives and lovers of the arts, for her drama, for him music. They sat there the whole day talking right up until closing time, when the waitress informed them they had to leave.
In a matter of a week, they began dating, then within a few months, she moved into his off-campus apartment. Their days were spent attending classes, which Michael escorted Charlotte to. During the nights, when they had no studying they settled down to watch a movie or occasionally go to a bar where Michael and his band performed. Nearly a year after they first met, Michael got down on bended knee and proposed, which Charlotte happily accepted. Their parents wanted them to wait until they finished college before they married, but neither Michael nor Charlotte were a fan of long engagements, so one weekend, they ran off and eloped. Afterwards they had a small celebration with their family and friends in their apartment; pizza, chips, and beer served as part of their reception dinner.
Charlotte stared at her wedding picture, she in a white flowing gown and Michael in a plaid suit with his hair tied back into a ponytail. Then she stared at another picture of her and Michael, this one taken six years ago. He looked as handsome as ever, although his long hair cut to a more suitable short style, but he still flashed that dazzling smile she fell in love with.
As she stared at his picture, she ran her fingers through her long dark hair; the last few years haven't been kind to her. She used to have a wonderful life, she and Michael were the picture perfect couple raising their four kids; Jack, Scott, Alicia, and Peter; in Westmore. They had dreams of one day seeing their children get married and have children of their own. Sadly that dream ended four years ago, when her husband was killed in a car crash on his way home from work, in an instant their perfect life was shattered.
The first year after his death, Charlotte was a zombie; spending most of her time in her bedroom, cut off from her family and the rest of the world. All day and night she would cry her heart out, causing stress to her body. Finally, her children stepped up to the plate and got her out of her trance like state. They convinced her, this isn't what daddy would've wanted. He wouldn't want her to mope around all day, he'd want her to go out and enjoy life. Although she didn't want to admit it, she knew they were right, knowing Michael he'd be fussing at her behavior. Instead of staying home, wallowing in self-pity day-after-day, she finally got out and did something with her life. She owned a successful business with her best friend, and her kids, although all grown and had lives of their own, still made time for their dear old mom.
Although she was doing better and had moved on with her life, deep down she still missed Michael. 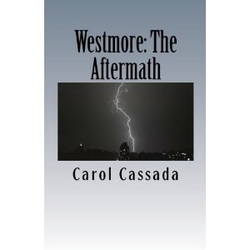 A car crash leaves Alicia fighting for survival as her family comes together in her time of need. Meanwhile, Andrew and Elizabeth, team up to protect their son and conceal his role in the accident.

Will The Greens suffer the death of another loved one? Will The Braxtons put aside their hostility and stick together during the crisis? Plus what other drama awaits the families, find out in Westmore: The Aftermath.

Still trembling with shock, Wayne stumbled into the den, poured a glass of vodka, and downed the drink. He closed his eyes, but the images of the wrecked car flashed through his head. The thought of what happened to the passengers weighed heavily on his conscience, I should've helped them, but I didn't. How could I leave them?

"Wayne is that you?" Elizabeth called down.

"Go back to bed mom," he didn't want her to see him like this, but the sound of her slippers hitting the marble floor indicated she disobeyed his request.

"I was worried about you," upon entering the room she noticed Wayne soaking wet and trembling.”What's wrong?"

"Nothing," he shrugged off her concern.

"Don't lie to me, you're shaking, now tell me what's wrong."

He took a deep breath and wiped his face, "There was an accident."

"Are you hurt?" she searched his face for any sign of injury.

"I'm fine," he poured another round of vodka. "It's the others," he set the bottle down. "The other driver crashed into a tree."

"Why?" lightning flashed across the sky and a clap of thunder followed, startling her.

"I caused the accident," he took a sip of vodka and collapsed in a chair. "I was angry about my fight with dad and I got too distracted. The next thing I remember I was in the other lane, on a head-on collision with the other driver." He clasped his hands together, "the car was a mess. I wanted to help, but I panicked and left. I don't even know if they're okay." With his sleeve he rubbed his forehead, "Mom, I don't know what to do. If the police ever find out..."

Elizabeth couldn't bear the thought of seeing her son go to jail. "For the time being we're going to keep this quiet."

"What about the other driver?"

She knelt beside her son. "Until we know further details, I think it's best to keep this between us," she wrapped her hands around his.

"No, buts, now go upstairs, dry off, and get some sleep."

Although he disagreed with her decision, he reluctantly obeyed his mother's wishes.

Elizabeth twiddled her silver locket, she was willing to do anything to protect her son, even if it meant breaking the law, she wasn't going to lose him, not now, not ever.