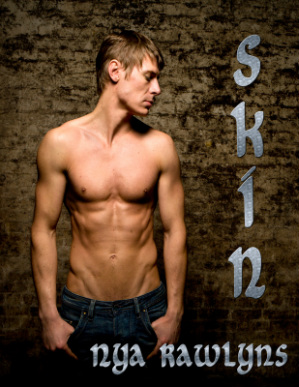 The death of a 12 year old girl sets off a firestorm and the Mayor promises to clean up NYC’s burgeoning trade in human trafficking.

Rowan Wilkes is an undercover vice cop with a checkered past and a bad habit of losing himself in the web of seductive deceit he’s tasked with blowing wide open. When he insinuates himself into the dangerous underworld of the Russian Mafiya, he must enlist aid from unlikely sources.

Geran’s the handler, the only link keeping Rowan tethered to a world he would rather escape. To prevent Rowan from falling headlong into a maze of addiction, corruption and depravity, he must resort to aid from men who lurk on society’s margins.

Sam is both a friend and an asset. The problem is … Rowan has feelings for this man whose past mirrors his own. Will he find himself caught between this growing friendship and his addiction to the dark forces poised to overwhelm both of them?

And when the Feds get involved, no one is safe.

“Jesus Christ, some family.” I fingered the dossier, having second thoughts.

“Is that a problem, Wilkes?” The Director and my handler exchanged one of those looks.

I’d learned to say it with conviction. No sir, yes sir, up yours, sir.

“…because we can use Grady if we have to.”

Grady, yeah right. Boy Scout Grady. This mob would chew him up and spit him out before he got in the door.

Geran grunted a warning and that surprised the hell out of me. He knew my history. My weaknesses.

Setting the folder on the scarred table, I slouched on the uncomfortable metal chair. We were in an interrogation room so the soon-to-be mayor could observe his best hope for bringing down the last of the old school warlords in the city.

Sergei Maltsev consolidated and ruled an empire with fingers in every imaginable pie. The DEA and every other acronym had taken their best shot at nailing Maltsev but the man was Teflon.

I’d given a lot of thought as to how to go at him and knew in my gut it wasn’t going to be anything except sideways. The Joint Task Force had spent beaucoup taxpayer dollars in idle pursuit of a chink in the armor. They’d finally found it but at the price of a twelve year old girl’s innocence.

“I need carte blanche.” I was pretty sure they didn’t have a clue what that meant.

The Director glanced at the two-way mirror and said, “You’ll get it.”

“As much as you need.” He gave me a wolfish, conspiratorial smile. “You have the full backing of the department.”

I tapped the folder and rasped, “Not much to go on here. Tell me about the Madame.”

Geran shrugged and flipped the folder open to a grainy photo taken from a bad angle.

“Not much to tell. She’s been with Sergei’s group for going on fifteen years, near as we can tell. Came off the streets in Chicago, young—sixteen, seventeen—but no way to know. Caught the eye of one of Sergei’s enforcers. Talented. Smart. He sent her to NYU to major in fine arts where she graduated with honors, then he slips her into his…” he made finger quotes, “…procurement division.”

I shoveled the photos around and paused at one with the woman’s arms around a tall, skinny kid. I raised my eyebrows.

“Sam, took her last name … McDermot. Package deal. Not blood, but the next best thing to a sibling. She’s protective. To a point.”

“He was her first john.”

SKIN is available from: