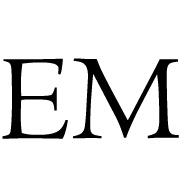 E. Milan is an avid fan of fiction in all genres. His first novel, The Truce, was released in January. It is a modern fantasy story that centers around Aaron and Amber. When they die in a car accient they wake in Purgatory. Unable to rest they choose to walk through Hell to find Heaven, and all they have lost, on the other side.

Once in Hell they spark a revolution 2,500 years in the making.

E. Milan is a pilot/independent author living in New York City. He is working on his next novel. He works with independent authors and offers reviews of their novels. His serial, Multiples, can be found on his website as well.
The Truce can be purchased in eBook or paperback from Amazon and Barnes and Noble.

The sky burned red. Ash and smoke consumed the last battlefield. Eight soldiers cowered behind the half destroyed wall as bombs exploded all around them. Behind them the last bastion of hope stood; an apartment building that had not been occupied in almost a decade, not since before the war had consumed the once noble city.

Clarion had grown to be a beacon of hope after the first Dimensional war, now it stood as a skeletal reminder of the fruitfulness of the past and the futility of fighting for the future. The small group of soldiers, the last remaining fighters in the new Great War, huddled together hoping for a break in the gunfire to make a run for the apartment building.

“Hold on,” Jacob screamed over the noise of the explosions and rapid fire.

The group huddled together and ran as one while their enemy, the Glasters, reloaded. In less than three seconds the gunfire began anew. Jacob ran behind his small group hoping that if a stray bullet made it through it would hit him and not any of his crew. Shareen burst through the wooden front door which splintered on impact and the group flooded into the building behind her.

“Run, left,” Jacob yelled and the group ran down the first flight of stairs they saw and deep into the basement of the building. The room was small only about ten feet by ten feet. It had long since been looted of anything of value leaving only the remains of tin garbage cans and a few plastic bags that had been eaten apart by rats.

The group sat against the wall. Jacob barred the door with a sorry piece of wood that he found sitting alone against the wall which was rotted and nearly fell apart in his hands.

“It won’t hold but we don’t have much of a choice,” he said and sat with the rest of the group. Clarence took some paper from his pack and with a match lit a small fire in the center of the room and the group sat around it.

“There isn’t much,” Clarence said, “but it doesn’t matter. We won’t be here long anyway.”

E. Milan conducts book reviews. They can be found at www.emilanfiction.com/book-reviews.php

Authors interested in having a book reviewed are always welcome as well.