Thank you for stopping by and viewing my page. I would like to mention, Her Silent Tears is a heartbreaking story about abuse. The victim is a child which makes it all the more hard to swallow. The scenes are graphic. The victim allowed me to write this novel with the understanding I leave the abuse as she remembers it. The story leading to the flashbacks are a product of my imagination, the flashbacks are the victims. Warning the abuse, sexual, emotional and physical are against a child. The flashbacks are described in vivid details. Be prepared to shed many tears reading this novel. You can go to my website and read the available chapters for not only Her Silent Tears, but also Letter from a Tortured Soul. There is much more information available on my website.

Kara Tollman novels based on a true story 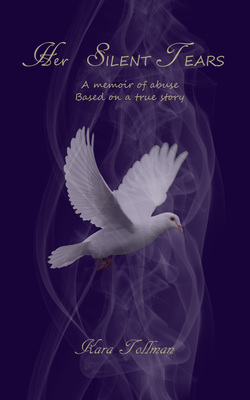 Sirens screamed through the streets disrupting the silence of the night. After coming to a stop in front of a small cape, two paramedics leapt into action. They rushed to gather their gear before too much time slipped away.

The call was an unresponsive woman lying on the ground in front of a home. One of the paramedics ran to the woman, sat on his haunches and placed two fingers on her neck. He breathed out a sigh of relief. He called over his shoulder to his partner. “I have a pulse. It’s very weak but it’s there.” Staring down at the pale face of the stranger, the man pleaded, “Stay with me! Please you have to stay with me.”

The second paramedic pulled a gurney from the rear of the ambulance. Rushing to the side of the vehicle, he twisted a silver mechanism holding the door secure and pulled it open. Hastily he grabbed the supplies he thought they needed. He secured the items to the gurney. Bumping along the neatly trimmed lawn, the man hastily made his way to his partner. He stared down at his partner. “Are there signs of injury?” He asked as he placed the supplies on the ground beside the woman.

“None that I can see. Let’s roll her over and take her vitals.”

Together the men spread a heavy cotton sheet on the ground. The team gently rolled their patient onto her back. A small crowd was forming at the edge of the property. Spectators watched in wide-eyed fascination as the scene in front of them continued to unfold.

One of the paramedics looked up from his patient. “Can you believe it? I swear people thrive on the misfortune of others.”

“Don’t pay attention to them. If we plan on saving this woman we’d better get her to County General as soon as possible.”

The two men worked feverishly on their patient. One of the men held a grim look on his face. “Look, we have to get moving. If she’s going to survive I suggest we get her to the hospital within the next ten minutes.” Rising to his feet, one of the paramedics approached the gurney and pulled it closer to the woman. He gazed down at the face of his patient. “If you’re ready we’ll lift her on three.” Each man grabbed two corners of the sheet. “One, two and three.”

They hefted the sheet and its bundle onto the gurney. After securing the woman to the bed with the adjustable straps, they proceeded to roll their patient across the freshly cut lawn. Once they were at the rear of the ambulance, the paramedics were bombarded with questions. “Can you tell me what happened?”

“Look, I don’t have time to answer your questions. I suggest if you want a story go to County General. Maybe the patient can tell you what happened…that is if she survives.” He pulled the door open nearly hitting the reporter in the process. He growled. “I need you to get out of the way.”

One paramedic climbed into the back and prepared to insert an I.V. line into the arm of his patient, while his partner proceeded to roll the gurney into the depths of the ambulance. “Knock on the window when you’re ready.”

The man wrapped a tourniquet around the bicep of his patients left arm. He stared down at the veins on the back of the hand and waited for them to fill with blood. He clenched his teeth as he jabbed the I.V. needle into the largest vein on the back of the woman’s hand. After securing the thin plastic tubing with white tape, he knocked on the small window and felt a slight jolt as the vehicle started to move.

The ambulance raced along the silent streets of the sleepy town. The man in the rear of the vehicle spoke to his patient with tender words of encouragement. “You’ll be alright. Just hold on a few minutes longer. We have the best doctors on staff in County General just waiting to help you overcome this hurdle.”

To purchase a copy of Her Silent Tears

Letters from a Tortured Soul 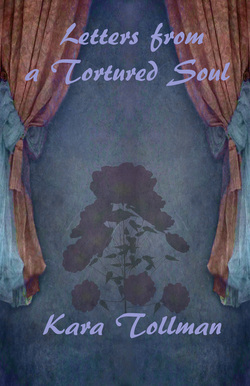 The following pages contain letters from the victim of my novel, Her Silent Tears. These are unedited letters from “Maggie’s” heart. I will warn you, it’s quite possible you’ll shed more tears than you shed while reading her story.

I have broken the letters into sections allowing the reader to grasp the true feelings behind Maggie’s pen. The names on the letters are the actual people for whom the letter was intended. Maggie felt it was necessary to keep the names in place to allow the individual to be aware the letter was written to them. Understanding her way of thinking, I agreed to leave the names as she typed them.

Knowing the victim, I for one, am happy my name wasn’t on her list. I would hate to be an individual who added to the pain to this woman’s tortured soul. As I compiled these letters, I swear I could feel Maggie’s sorrow radiating off the files. Although the words are from her heart, I find it hard to believe, a woman who suffered as Maggie has, can release her pain through mere words. Many therapists believe an individual who has been victimized can work through their fears by confronting them head-on. I often wonder how they can change an individual such as Maggie, into a healthy, happy, trusting person. To look at Maggie one would never see the pain which lies deep within her. Even though I have discussed her abuse, she never once displayed the signs of abuse most people would show. Although tears trickled down her face when she described certain abuse, she never once displayed anything other than the shame of crying in front of me.

After confronting her on the issue of her deep-seated pain, she simply stated, she learned at a very young age, if she showed her feelings she was weak. Her abusers put the fear of retaliation in her, so to come across as a normal child she had to “act happy and carefree”. Maggie suffered through more pain than I could ever imagine. The majority of her childhood is lost. The few things she does remember are the terrifying encounters she suffered at the hand of her abusers.

I was able to speak with a few of Maggie’s close friends and they all agree, Maggie’s face is absent of lines. She lacks laugh lines. There are no crows-feet, no lines around her mouth that display years of smiling. When I gaze upon her face, I only see frown lines. The obvious lack of lines on her face tells me the life she led was far more depressing than I first imagined. I don’t believe the victim has disclosed all the abuse she suffered through the years, but I do hope she shared enough to help others.