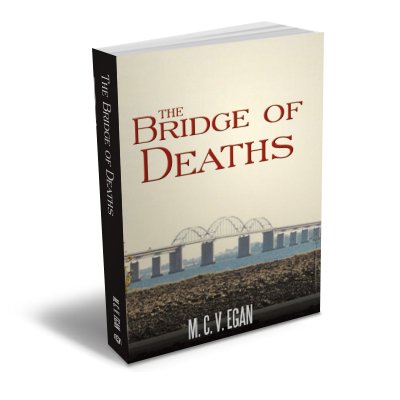 THE BRIDGE OF DEATHS 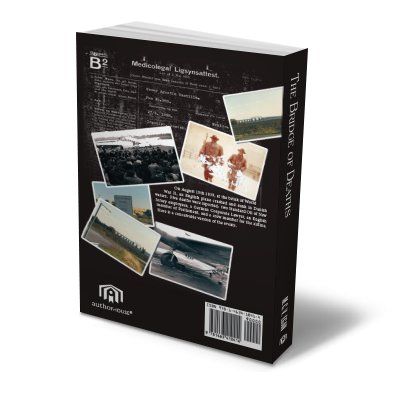 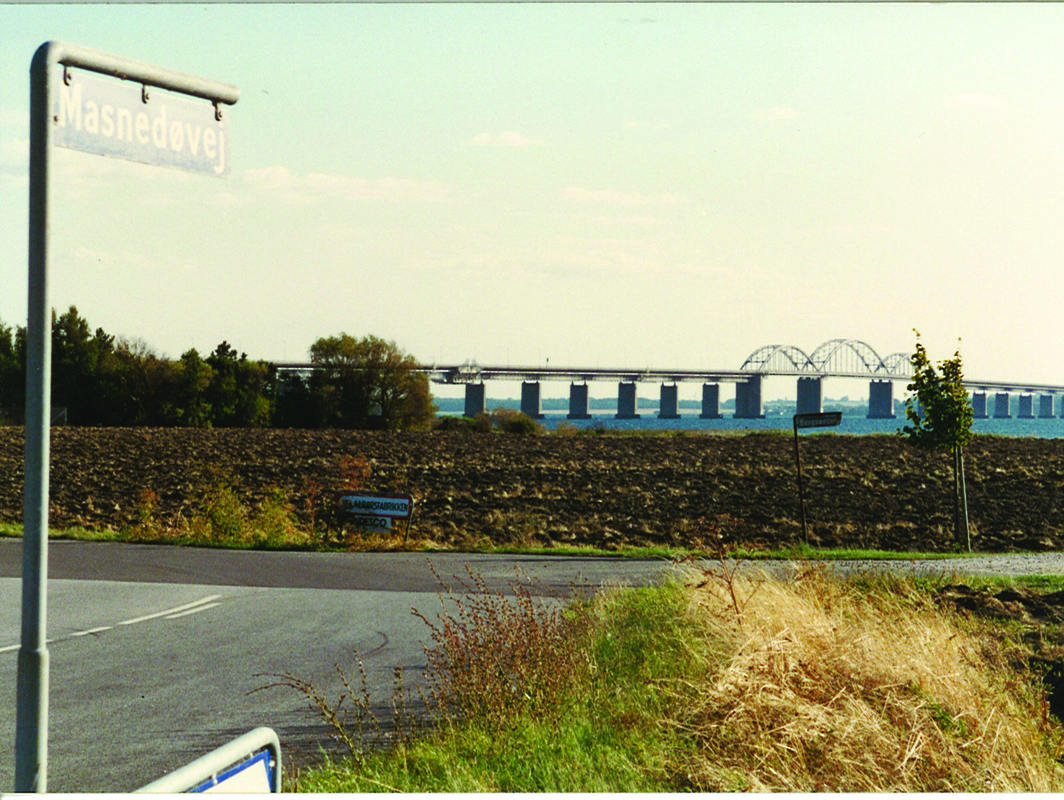 THE BRIDGE OF DEATHS by M.C.V. Egan

After several stumbling blocks, not the least of which was my absolute lack of
knowledge about world history in 1939 (today it is only slightly better), made
this a quest of eighteen years. I used many conventional sources, all of which
are well documented throughout the book. I also used many unconventional
sources, all of which are also carefully documented.
The only entirely fictional characters in this book are Maggie, her parents,
and her friends. Maggie came to me after a group past-life regression last
September, when a pretty young woman, who looked a little like the newspaper
photos of the pilot’s wife, shared what she had “seen” in her past-life
regression.
What she described was similar to a regression I had experienced many years before.
This made me think that by creating a fictional character out of the pilot’s wife, I could further detach my private life from the story.
All the information credited to psychics and to the individual in the pilot’s
past-life regressions is as I experienced or witnessed it, unless I  specifically note
otherwise in a footnote (there are over 200 of those).
The information I include is part of what I learned from and documented through the years; anything I did not find supported by research was not included.
I do hope that perhaps somewhere there are more people related to the story;
people who are willing to fi ll in the gaps and maybe even correct the tale that
spun itself very quickly after Maggie was born in my mind’s eye last  September.

Today when we, as a world, hold our breath while we hope,pray and globaly desire that conflicts within nationas and between nations be resolved peacefully(or at least we can all hope that is what the world wants).
I introduce to you Maggie, the fictional  character whom I named before I found the marriage record of the pilot and his wife and found out that she was indeed named MARGARET , this wonderful young woman; and I know there are many out there just like her who believes war, all war, to be  inexcusable.

I hope there are many people all over the world who identify with Maggie, a
pacifist who is willing to search and eager to learn about war and history, and
the effect those two things have on society as a whole. I hope there are many
people who are prepared to do more than hope that we as members of the same
world will move on to a peaceful future and a better tomorrow.

THE BRIDGE OF DEATHS by M.C.V. EGAN 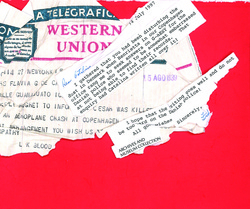 On August 15th, 1939 an English passenger plane from British Airways Ltd.
Crashed in Danish waters between the towns of Nykobing/Falster and Vordingborg.
There were five casualties reported and one survivor. Just two weeks before
Hitler invaded Poland with the world at the brink of war the manner in which
this incident was investigated left much open to doubt. The jurisdiction battle
between the two towns and the newly formed Danish secret police, created an
atmosphere of intrigue and distrust.

In
the winter of 2009-2010 a young executive, Bill is promoted and transferred to
London for a major International firm. He has struggled for the better part of
his life with nightmares and phobias, which only seem to worsen in London. As he
seeks the help of a therapist he accepts that his issues may well be related to
a 'past-life trauma'.

Through love,
curiosity, archives and the information superhighway of the 21st century Bill
travels through knowledge and time to uncover the story of the 1939 plane
crash.

The Bridge of Deaths is a love
story and a mystery. Fictional characters travel through the world of past life
regressions and information acquired from psychics as well as archives and
historical sources to solve "One of those mysteries that never get solved" is
based on true events and real people, it is the culmination of 18 years of
sifting through sources in Denmark, England and the United States, it finds a
way to help the reader feel that he /she is also sifting through data and
forming their own conclusions.

The
journey takes the reader to well known and little known events leading up to the
Second World War, both in Europe and America. The journey also takes the reader
to the possibility of finding oneself in this lifetime by exploring past lives.