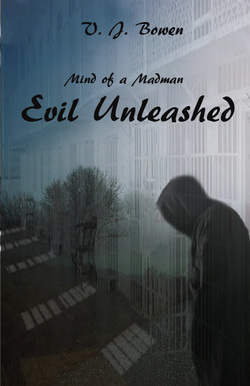 Caleb Talbot escaped from prison during a riot. After fleeing the facility, Caleb lived peacefully hidden away on a farm in Nebraska. Until law enforcement discovered the escapee that had been presumed dead, was very much alive. Warden Hahn of the Kansas State Penitentiary enlisted the aid of Officer Michael Quincy and his canine partner to find the escapee and return him to prison where he belongs. Caleb Talbot discovered law enforcement was on his tail, and quickly devised a plan to retain his freedom. The kidnapping of a woman was the beginning of Caleb’s heartless murder spree. Michael soon realized the man he had been hired to capture, had a disturbing past lined with brutality and bloodshed. He also knew Talbot has little regard for human life. Can Michael and his canine partner Sasha bring the madman to justice? Or will they be just another name on Caleb’s ever growing list of heinous murder victims?
Prologue available: http://www.valeriebowen.com
http://www.opusnpen.com

By Loretta Gilbert (Adelanto, California) -This review is from: Evil Unleashed (Mind of a Madman) (Kindle Edition)The description of this novel as the story of a madman who escapes from prison and the ensuing chase to catch him doesn't begin to explain the character development that comes to life through the story of Caleb in V.J. Bowen's amazing book Evil Unleashed (Mind of a Madman).

Through his escape to freedom and hiding on isolated farms, Caleb is shown to be a madman bringing death and destruction wherever he goes. However, as the novel progresses, the author shows that there is more to this madman than first meets the eye. With glimpses to his past illustrating his intense jealously of his twin brother and the internal dialogue of his struggles to control himself, the reader is gently pulled toward feeling compassion and caring for this madman.

Toward the end of the novel especially, Caleb forms an attachment to a wolf pup and here is where the author really tugs at the reader's imagination, bringing into focus the reality that there is good and evil in everyone.

In addition, other characters in the novel such as the law enforcement officer chasing Caleb, Michael, and his canine partner, Sasha, bring in a compelling parallel story of friendship and determination.

I really enjoyed this novel and highly recommend it to those who enjoy crime novels as well as psychological thrillers. It is a story about a madman, so the protagonist is unconventional, but this only adds to the story's intensity.

Other novels by Valerie Bowen:
For the Sake of Amelia series:
Tormented
Inhibition
Retribution
for more information go to www.valeriebowen.com

lulu.com:
Mind of a Madman on amazon:
Goodreads