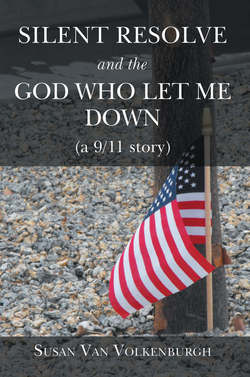 Finalist in the 2011 Women of Faith writing contest.

Life for Susan Van Volkenburgh was good. She was often told that God had placed a golden star upon her life. Then tragedy struck. On September 11, 2001 at 9:37 a.m., American Airlines Flight 77 plummeted into the Pentagon, taking the lives of 184 innocent people. One of them was Susan’s father, Stanley R. Hall. At that moment, everything changed for Susan. Everything she knew, everything she ever believed in, came crashing down. Her life began to unravel.

How could she face God in light of all that had happened? How could she ever trust Him again? Wasn’t God supposed to protect His own? Nothing made sense anymore.

This ten-year journey through the desert, through a land where God was silent, was a time of trial and of spiritual awakening. Could faith endure in the face of so great a loss, so large a betrayal?

Transcending the events of September 11, this spiritual odyssey moves through the mire of grief and loss, to question the very motives and promises of God. As Susan asks the tough questions, can the silent resolve of her own father speak to her from beyond the veil? Is there a place for faith when God has let you own?

Silent Resolve and the God Who Let Me Down Trailer 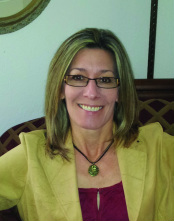 Susan Van Volkenburgh is the coordinator for a homeschool group in Keller, Texas. Prior to 1995, Susan was a registered nurse in oncology. As a member the Van Martins, Susan can be found traveling to area churches using her musical talents for the purpose of dispensing the Gospel.

Find out more about Susan and current projects at susanvanvolkenburghbooks.